Helping you treat your pet naturally 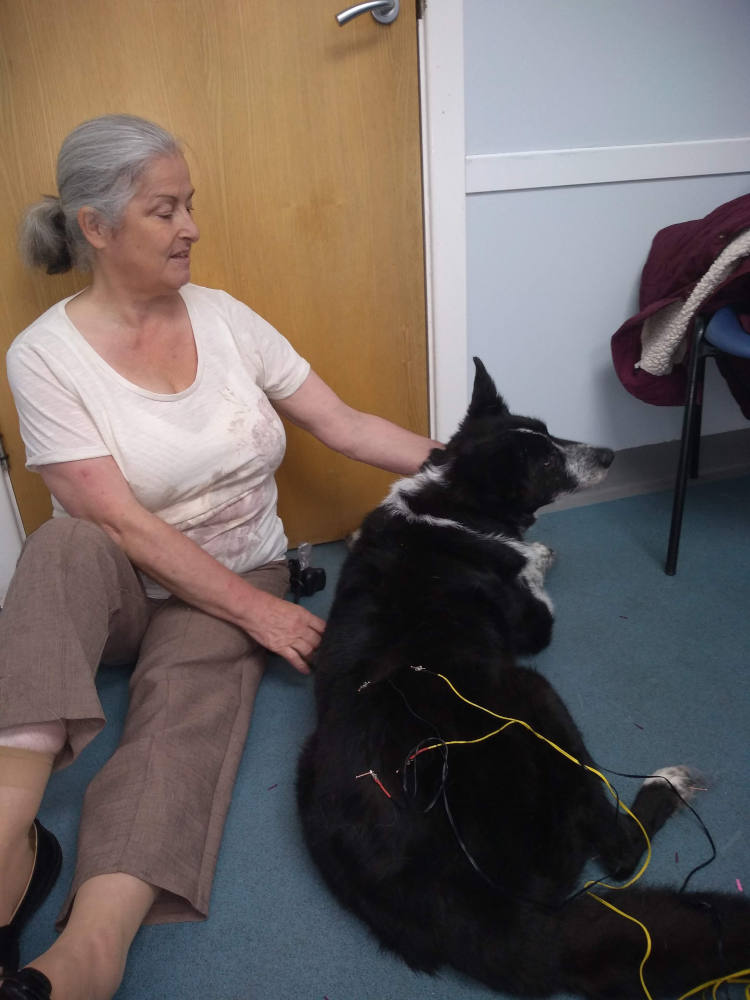 Absolutely I would recommend Restore Veterinary Acupuncture! I have a rescue Border Collie who has been with me for nearly seven years. He is aged between 9 – 11 years.

A couple of years ago he was diagnosed with a heart murmur which escalated a little over a year ago when he was diagnosed with Mitral Valve Disease, most likely inherited. A few months later I took him to be washed when all of a sudden he was literally “screaming” in pain! Both the groomer and myself were very shocked as we had never heard anything like it before! An appointment at the vets followed whereby he was diagnosed with spondylosis in his spine.

Over the next few months Quyn became more withdrawn and slept most of the time due the mount of pain he was in as well as his heart condition. More recently some of his medication was changed including a different pain killer which helped quite a bit. I had listed to Rinnert on BBC Radio Northampton and started to wonder about acupuncture and whether it might help Quyn. On my next visit to the vet she was one stage ahead of me, suggesting acupuncture as I was about to mention it!

The rest, as they say, is history as Quyn has now had three sessions to date, two of those using electro-acupuncture. The difference in Quyn is amazing! He is far more mobile and much, much happier! I am aware that due to his heart problem his life is limited but at least he now has a good quality of life and can enjoy the remainder of his days, how ever long that might be, relatively pain-free, comfortable and happy. Thank you so much Rinnert, you are Quyn’s saviour and I will be forever thankful!

Rinnert made a huge difference in the well being of our 13 year old Staffordshire bull terrier Harley. He was suffering from knee and hip pain from a injury when he was much younger. Within a day of the first treatment he was walking much better, was able to sit down properly and his tail was wagging again !!!

He was much happier and so were we. The treatment was stress free for everyone in fact Harley slept all the way through!! I can highly recommend Rinnert. Everything was explained, he was very calm and professional and most importantly Harley felt very relaxed around him . 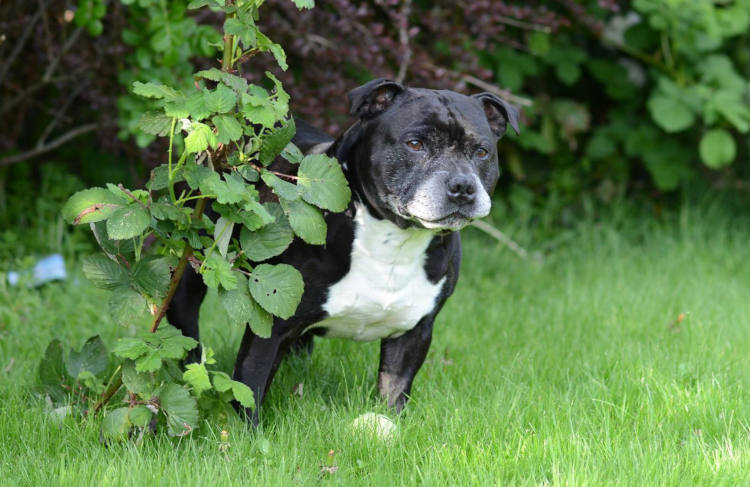 After fostering a paraplegic dog for nearly 3 years, and not seeing any improvement with her bowel and bladder control, her legs becoming more contracted and a suspicion that her back was giving her pain at the point of the original injury, my local vet suggested accupuncture. I was very reluctant, as money is tight, but filed it in the back of my mind, and carried on with gentle massage and manipulation of her back and legs.
Then 3 months ago, an advert popped up on my social media page for a travelling holistic vet, who offered accupuncture. With the first appointment being free, l felt it was worth a try.
I sent a message, and had an almost instant reply, and after asking me a few basic details, we set a date for the first appointment.
Now l have to point out here that my little dog is wary of many people, understandably, after being abused as a puppy, so l warned the vet when he arrived that she can be a bit snappy, and certainly very vocal.
Hah! She immediately made a liar of me, didn’t she? She immediately took a great liking to him, throwing me a look as if to ask me where this man had been all her life!
I am a great believer in holistic therapy in animals, as l have seen huge benefits in many of my fostered animals as well as my own pets, in years gone by, but l was sceptical about seeing any improvements after the first session.
How wrong l was. That evening, my little dog was less grumbly during her massage and nappy changes (she is doubly incontinent) and her legs were a little less contracted.
Still sceptical as to just how much improvement we would ultimately see, we arranged for another visit, with me having a tutorial of how best to give suitable physiotherapy in the interim.
As the week went by, l could see she was not as happy, with her back being tense around the injury site again. I hoped this was a temporary thing and that further treatment would be longer lasting. Now we are entering month 3, and l am amazed. After weekly treatments ( one on radio leicester.. oh my what a diva!), l am seeing more movement in her tail, her legs are far more relaxed and easy to move, her bowel and bladder are more controlled, but best of all, her discomfort is markedly less in the area around the original spinal injury.
So in short, l now feel although money is tight, somehow, l will keep her treatment going, whatever it takes.
I am so pleased with the treatment, my dog and l both get on very well with her new friend the vet, and l would heartily recommend Rinnert Van Den Burgh to anyone looking to help their poorly animal be it a tiny bird or hamster, right up to your much loved horse or pony.
As a side, one visit, Rinnert was held up getting here, as he had found a badly injured bird by the roadside. He scooped it up, performed accupuncture and stitched it’s head wound, and a few days later, released the bird, all healthy and healed again.

Rinnert treated our dog’s skin condition. Blik had sore patch in her groin, which kept coming back despite our own vet’s best efforts.

We were happy and surprised to see how quick the condition responded to acupuncture. Rinnert explained the treatment very well and we felt very comfortable and confident because of this. Blik was a bit nervous at first but became very relaxed as a result of the treatment and did not seem to mind the needles at all!

We would recommend Dr. Rinnert to anyone. He is very knowledgeable on both acupuncture and conventional veterinary medicine. This allows for an integrated treatment where the most beneficial traditional or acupuncture strategy can be chosen. He is a very skilled and compassionate acupuncture vet. 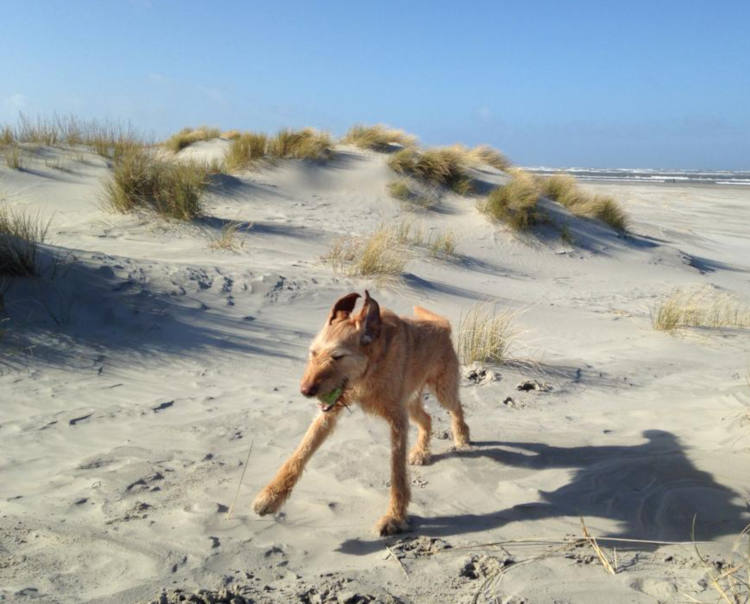 We use cookies to ensure that we give you the best experience on our website. By continuing to use this site you agree to this. OkPrivacy policy